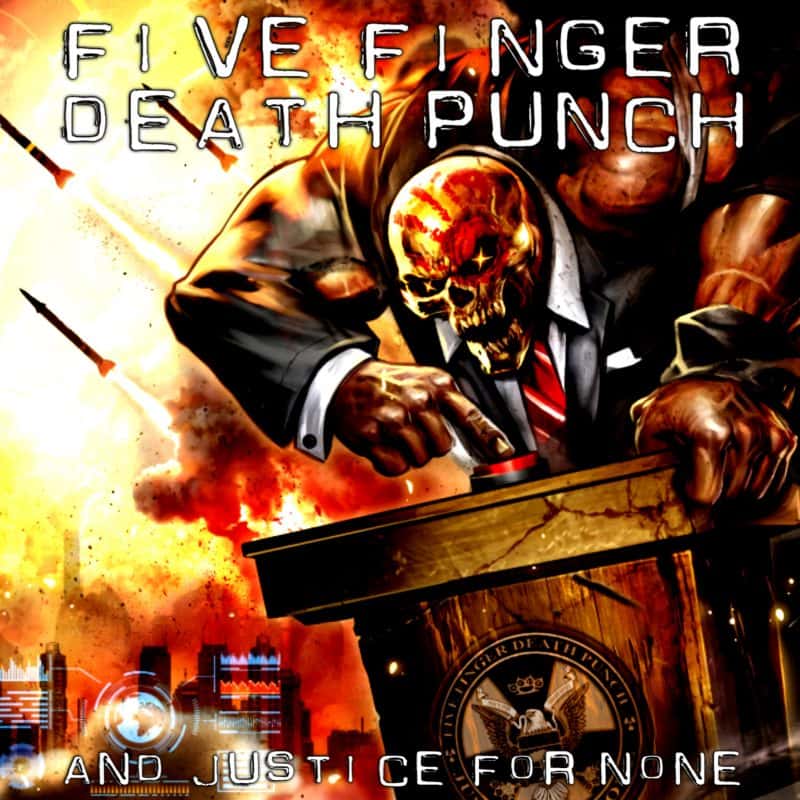 Molly talked to Jeremy Spencer, drummer from 5 finger Death Punch about the new album  “AND JUSTICE FOR NONE” the upcoming tour, doing covers, their writing styles, and legal battles. Hear it now!

FFDP released their highly anticipated seventh studio album “AND JUSTICE FOR NONE” today, (Friday, May 18). For the new album (their first full length since 2015’s Got Your Six) the group re-teamed with longtime producer Kevin Churko (Ozzy Osbourne, Disturbed) and once again stepped up their game. With their customary airtight riffs, muscular grooves and seismic melodies, FFDP maintain their signature intensity, all while pushing themselves into new territories on “AND JUSTICE FOR NONE”. For all physical and digital configurations and exclusive, limited-edition merchandise bundles go to: FiveFingerDeathPunch.com