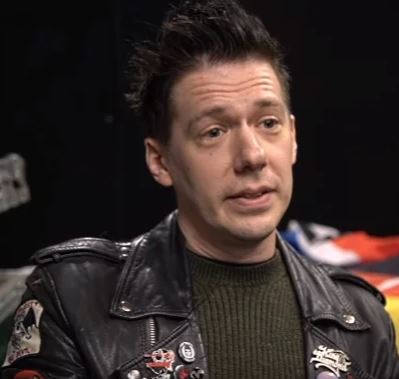 In a brand new interview with Jave Patterson before their recent show here in Reno, GHOST leader Tobias Forge was asked if he has the progression of the band’s storyline already mapped out for the foreseeable future. “I know where we’re going now and maybe five years ahead,” he responded (hear audio below). “To draw a parallel to cinema or TV or making a series, I believe that the good series are the ones where you… It’s kind of like writing a novel — if you want a really good ending, you start with the ending and then you work your way back.

“I did not know, when taking the first nine steps between 2006 and 2009, 2010, when the first record came out, I had no idea that this was gonna be a full-time job,” he continued. “You couldn’t have made that up in 2008, that this kind of band might become this big. So GHOST was, in a way, the pilot that got airing, and then all of sudden you’ve got the first season greenlit, and then that becomes a major smash, and then you’re, like, ‘Okay.’ So then you have to follow that up. And, unfortunately, you see that with a lot of series. And that means you have to try to create it as you go. So, yeah, I can see five years from now, but it’s impossible for me to [look further ahead].

Check out the complete interview below: