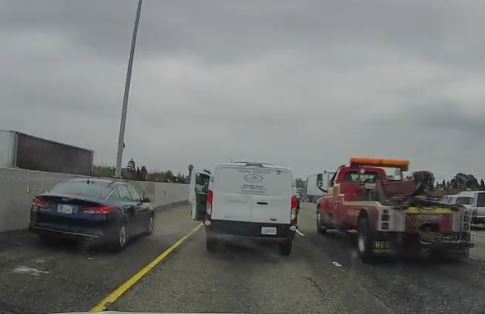 ‘Okies’ are a bit bassackward…I do some work in Oklahoma and lived for several years just south of the Texas/Oklahoma border, so I speak from a bit of knowledge. With all respect, Oklahoma folks are great, but they are uniquely ‘Okies’.

This story is an ‘Okie’ story, however a different ‘Okie’…one closer to home here in Northern Nevada. I’m talking Oakland, California ‘Okie’ here.

Check this- According to KTVU-Fox News (see the video at that link), a family near Oakland, California threw a bunch of cash onto a highway this week.  Then people kept stopping to pick it up, which caused a pretty serious safety issue.  Turns out they were driving home from a relative’s funeral, and did it to honor his memory.  It’s not clear if they’ll face charges or not.

Check Out Jave’s Interview With A Guitar God!